Native Americans have many legends of UFOs and aliens or Star People. Ancient Cave Paintings and Strange artifacts litter the southwest, proving that contact with other-worldly beings had been made, in early American History. Almost every Native American tribe has a rich history of interaction with Sky People or Star People.

In Utah's Nine Mile Canyon lies the heaviest concentration of what seems to be Alien and UFO Cave Paintings and Carvings in the world.

Nine Mile Canyon is a canyon, approximately 40 miles (64 km) long, located in the counties of Carbon and Duchesne in eastern Utah, in the Western United States. Promoted as "the world’s longest art gallery", the canyon is known for its extensive rock art.

There are at least an estimated 1,000 rock art sites in the canyon, with more than 10,000 individual images.

But what makes these carvings and Paintings so amazing, is what the Ancients actually Carved.

Most of the Carvings depict alien type creatures and flying machines. But amongst those fantastic finds, Archaeologists recently have discovered and deciphered an Ancient Star map. It seems to prove that Early Hopi and Ute Natives knew how to keep a record of Star patterns and formations.

Archaeologists from the Jagiellonian University in Krakow (Poland) have uncovered the secret of rock paintings made by Native Americans about 800 years ago in canyons between the states of Colorado and Utah in the United States. It turned out that these images were created by ancient astronomers based on their observations of the starry sky.

The discovery is reported by the Archeology News Network. The study was conducted in the United States, in a place called Mesa Verde. This region is located on the border of the states of Colorado and Utah and is known to archaeologists and tourists thanks to the cultural settlements of the pre-Columbian pueblo civilization.

These people built unique houses that were carved into the rocks. No other civilization in North America has done anything like this. The mysterious people left on the rocks and many drawings that scientists until recently could not decipher.

Archaeologists have suggested, by analogy with some other ancient objects, that the Pueblo Indians could use these images to determine some important dates, for example, the summer and winter solstices, as well as the spring and autumn equinoxes. 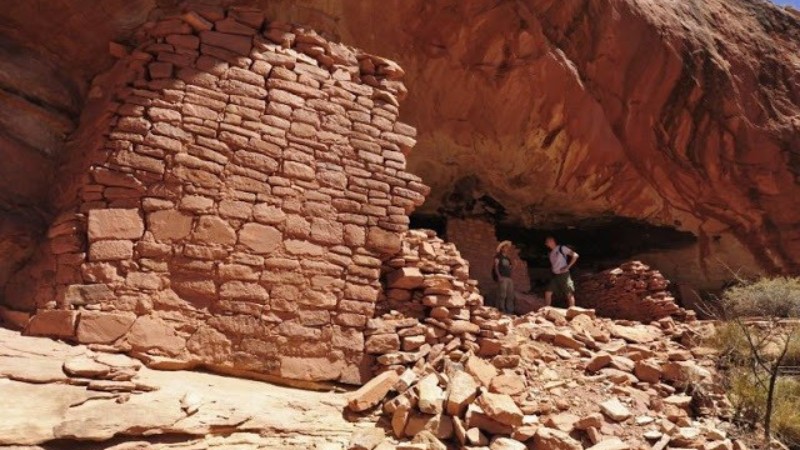 They tested their hypothesis in practice by examining two objects. The first of them is located around a stone niche, inside of which are the remains of houses built about 800 years ago.

In this case, the petroglyphs were carved on a flat stone wall facing south and shaded by a cliff-hanging over it. This “panel” consists of three different spirals and several smaller elements, including rectangular patterns and numerous indentations.

“Our observations revealed a unique phenomenon, especially noticeable during sunset at the winter solstice on December 22, when sun rays and shadows move along the middle part of the panel with petroglyphs, passing through subsequent spirals, longitudinal grooves and other elements,” explains Dr. Palonka. to a lesser extent, this phenomenon is also observed during the spring and autumn equinox.”

According to him, the interaction between light and shadow, as well as the movement of sunlight across the panel is observed even sometime before the winter solstice, as well as for a few more weeks after it. In the remainder of the year, researchers did not observe such a phenomenon. 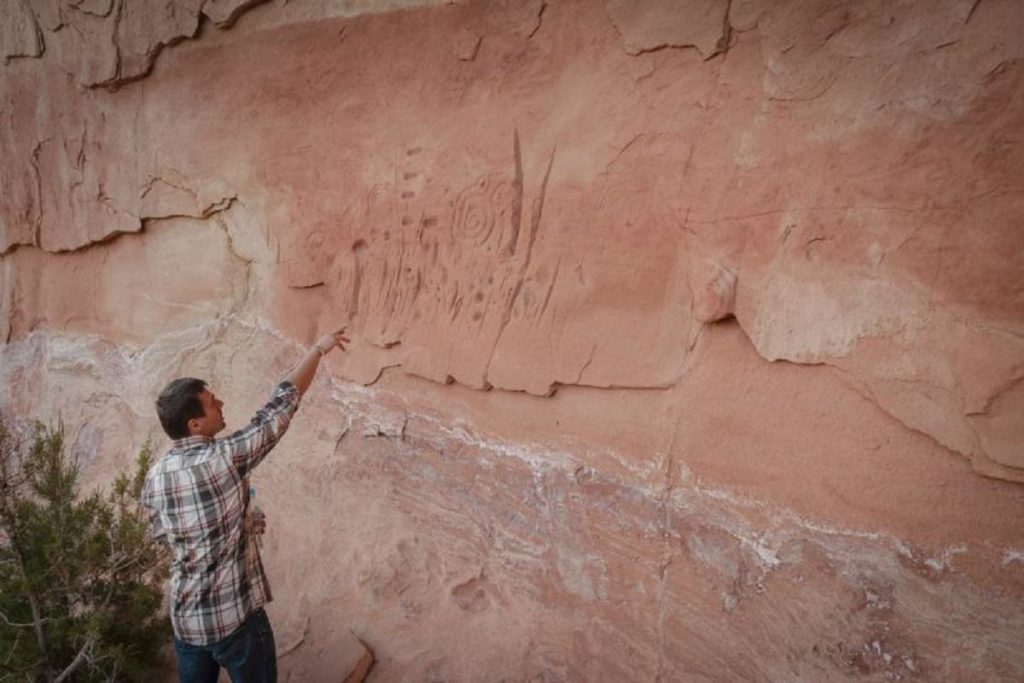 Similar illumination of petroglyphs by sunlight during certain periods of the year was recorded at the second studied object. The only difference is that in this case, the petroglyph is regularly illuminated by the sun’s rays only in the morning and only during the summer solstice.

Researchers also spoke with representatives of the Hopi tribe, who are descendants of the Pueblo people. Those confirmed that spirals were most likely used as a kind of calendar. Palonka notes that the summer and winter solstices are still of great religious significance to the Pueblo descendants who live in Arizona and New Mexico. Source, soulask.com

Thank you All, for your continued Support of Universal Lighthouse. Please Like and Subscribe for more amazing discoveries and Universal Enlightenment.

Welcome to Universal Lighthouse Shining Light on the ALL, That is ONE We are dedicated to enlightening this Earth with Truth, Knowledge, and Love. You will enjoy: Research and study from Universal Lighthouse including But not limited to, Ancient Text, paranormal and supernatural exploration, Metaphysical Theology and Spiritual Awareness. You will also enjoy: Adventuring into the Unknown, Full Disclosure, UFO/UAP Phenomenon, Forbidden Archeology, New & Ancient Technology, Quantum Exploration, New Discoveries, Our Creative Nature, The Brilliance of The Universe and Much More. Universal Lighthouse offers our own Writings Plus, other information that is found throughout the Internet, We do try and find the original source for this information. However, the opinions, views, statements, and/or information we present are not necessarily the beliefs of Universal Lighthouse. Please use discernment with all the information given. We offer this information free for Research and Study Purposes. Not all information may be a current event but is to be used as a Library of information. It is our goal to raise the consciousness of humanity through knowledge, truth, and love. We are shining Light on the ALL that is One.

Join us on our FB Page https://www.facebook.com/ULight1123/

Other Pages and Groups.