Summer Solstice is here! On June 21, the sun shifts to the mark of cancer, and the summer begins in the northern hemisphere. For our ancestors this was one of the most important days of the year! Let's see how they celebrated him. 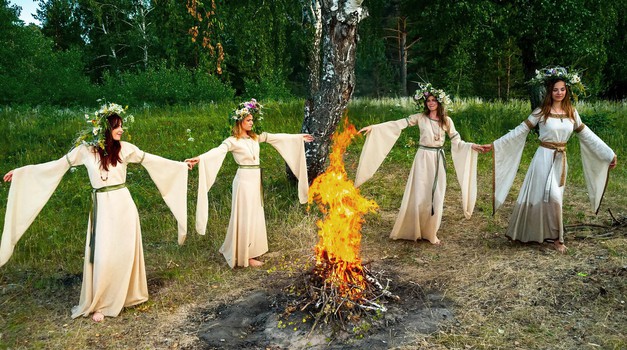 Solstice is a world of reversal, they say that the sun "stops" then. In the northern hemisphere this is the longest day of the year with the most pronounced sun's energy, which will slowly start to be directed inward, as the days begin to shrink towards the autumn equinox.

Summer solstice is the highest energy point of the year .

On this day, we bathe in the maximum power of the sun that illuminates us.

Under the influence of solar solstice, we receive increased power and energy, with which we can achieve our goals and create what we want. Without the sun there would be no life, it gives us power, food and energy. It is a powerful time for manifestation, for displaying gratitude to the sun and for feeding with life energy. 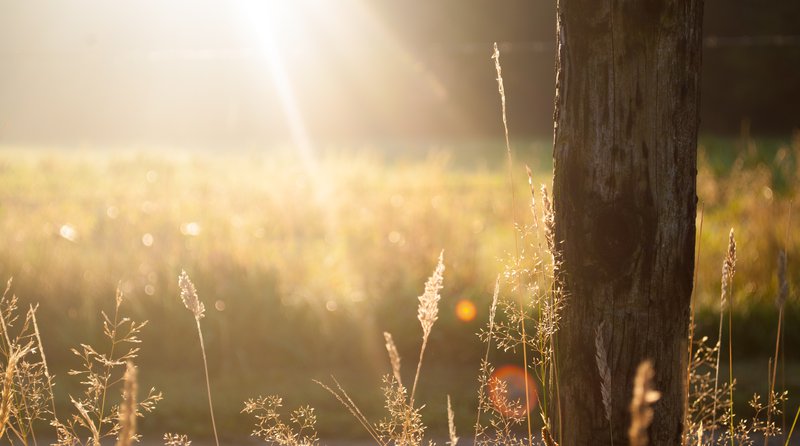 We will be guided with this light to highlight the areas of life that have been hitherto hidden and encouraged to move forward.

Now is the harvest time for all the seeds we planted in the spring.

During this time, it is good to calm down and spend as much time in nature as possible.

Life is changing all the time and nothing remains the same. Just as the summer times and cycles of the sun change, we are also changing, and we are asked to swim with the flow of life.

Now is the time to honor yourself, find the light inside you and strengthen it.

Let's see how the ancestors celebrated this special day on our soil. The records are followed. quotes from the book From the invisible side of the skies, Pavel Medvescka , who received the information in conversations with the last ancients in the Posocje region.

How our ancestors celebrated the summer solstice or the night of the night? 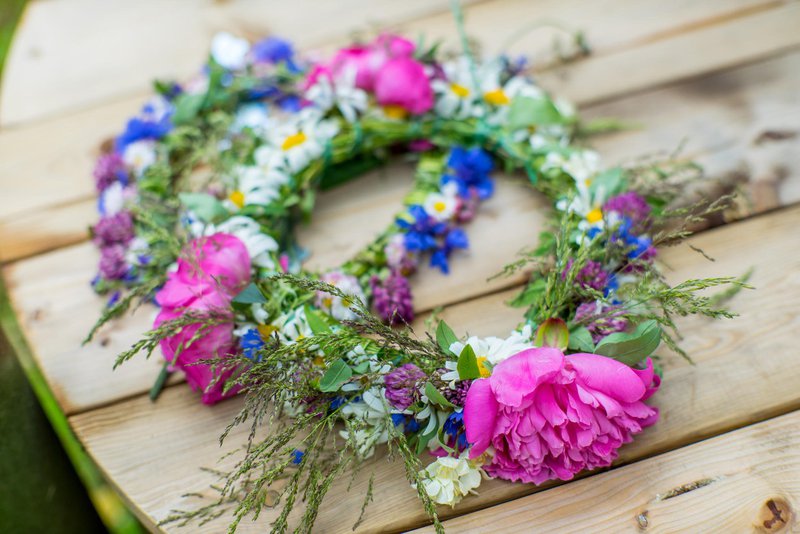 "The Kresnik was a very large natural stone. When the sun was right there, when the stone was flat, the girls took wreaths from meadow flowers. Near Kresnik there was also a permanent place where the fires were burning ..."

The charcoal charcoal had magical power

"The girls who took part in the shake went through a long quito with ivy and meadow flowers. In the end, she gave her around her neck, crossed her under the chin and slipped her under the armpit on her back, where she crossed her to the waist, where they bound it Before and after the bonfire, they danced around it, and when the fire was fading, all the whales were grinding to the embers. This action gave them the fire and its charcoal the magical power with which housewives roared a new fire on the fireplace And charcoal also had healing powers. " 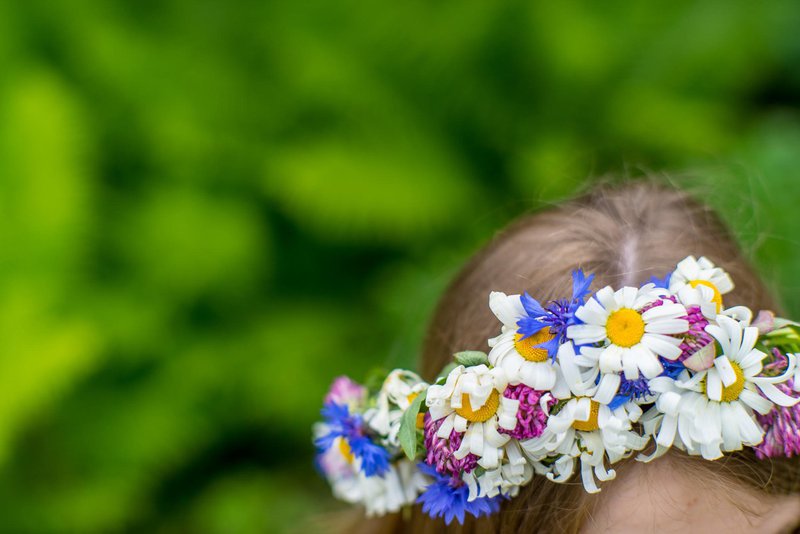 "During the summer crescent, girls and children were made mainly by the wreaths. The day after the bonfire they hung him only above the house door, and he had only yellow flowers that had the power of the sun, and because they were knitting in the vicinity, he also got the power of a crescent. He served as a guard against evil spirits, and brought happiness, love, and health to the house. He had to stay in his place until the next fall when dry wreaths were removed from the house door and burned on the local fireplace.

Kresnica is a ivanjica. When the boys were preparing a summer bonfire, the girls gathered fireplaces and knitted wreaths in the meadows and pastures that they took home. Because they were made there, they had even greater protection power added by Kresnik and bonfire. The wreaths were hanged on the house and the stable of the door. "

"The center of all this belief was the Babja jama with Kotl near Prš and Škrbljo, and they were walking from close and far all year round. What they did there, I do not know. It seems to me that they were there too, but surely at the fret nights. "

"The dough is made up of a dough made in a loaf, shaped into a small loaf, decorated from the middle with cuts towards the perimeter. The sun was then covered with a metal hood and baked in the fireplace. On a frosty day it was swallowed. They were only prepared on a festive day and only old men. "

"Dried is a small round loaf of dark flour with chestnuts in the middle, carried by the participants of the crushing with them and a bit of donation to the fire in order to increase his strength."

"The Kresnica (also the Kresnac) is also a big star at the end of the Big and Small Trail oars. The creeds helped her to never extinguish or weaken her light. The Old Believers saved some of the ashes at each bonfire, all of which were taken away during the winter crust. Kresnik's rock, where they slaughtered it around. "

"Praise be, our Nikrman, who gave us a rich harvest again"

"... there were girls and boys running around the crest, a few small groups of adults who talked and laughed, some ate, others drank, and the third one both. Some children ran along the banks and along the riverbed, and they picked up the pebbles they used to play at home, and when they lit the bonfire, the girls and the boys moved away from him, and Jakob started to scream at the cabaret again, but this time he was happier to see more. The music is in front of us, in the straight line , three girls in white clothes stepped in. They held their hands in such a way that they had the first and third one of their hands freely, holding a smoky twig in it. Their movements were not everyday but slowed down and waved up and down so that the troika acted as a single, self-extinguished body, moving in accordance with the sounds of the flutes, but when the whistle was silent,the girls have withdrawn.

Some individuals then dropped some things on the bonfire. I waited for the flames to reach the top of the crumb, only then I individually threw three classes of rye, which my uncle gave me, because the sick could not do it until the fall. He told me what he was ordering me, but I did not dare to do this before the public. But I just said everything in my mind. I should say: "Praise be, our Nikrman, who again gave us a rich harvest".

When it was dark, dew fell, and a clear nebula was pulled over the brook. Because we were only with a neighbor in the shirt, we started to frown. Nobody warned us that at home we cooled at night at night. Before we left, I lit a candle on the bonfire and put it in a fad. He put some glowing charcoal into the puddle, letting us set a new fire at the fireplace. "

foreverconscious.com, from the invisible side of the sky, Pavle Medvešček.  (SOURCE)

WE'RE HERE! You Can Open Your Eyes Now.