A mysterious 19th-century shipwreck has been discovered by researchers testing underwater drone equipment in the Gulf of Mexico.

A team from the National Oceanic and Atmospheric Administration (NOAA) aboard the exploration vessel Okeanos Explorer was testing the equipment on May 16 when the wreck was spotted.

Sonar on the ROV (Remotely Operated Vehicle) “Deep Discoverer” picked up what appeared to be the shape of a shipwreck, prompting the NOAA researchers to take a closer look.

“The shipwreck finding required a swift change in operations, illustrating the power of telepresence technology,” explained NOAA, in a statement. “After a flurry of phone calls and emails to marine archaeologists around the country, experts tuned in to live video from the seafloor, lending their expertise as they virtually joined the dive.” 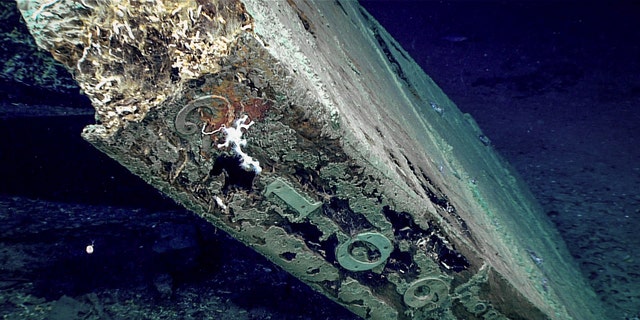 The numbers “2109” are visible on the trailing edge of the shipwreck's rudder. (Image courtesy of the NOAA Office of Ocean Exploration and Research.)

The drone’s dive was extended three hours longer than originally planned to give experts watching the live stream more time to analyze the amazing discovery.

“Those who joined the live stream suspect that the wreck is that of a sailing vessel built sometime in the mid-19th century, perhaps a schooner or brig, measuring roughly 37.8 meters (124 feet) long,” NOAA wrote. “The vessel is wooden with copper sheathing covering the bottom of its hull.”

The ship’s bow, its hull and the remains of its windlass (a form of winch) offered key clues as to when the vessel was constructed. “However, this information does not indicate the age of the vessel at the time it was lost, which could have been decades later,” NOAA added on its website. “Initial observations also noted copper and iron artifacts at the site, but no diagnostic artifacts reflecting the vessel’s rig, trade, nationality, or crew were identified during the dive.” 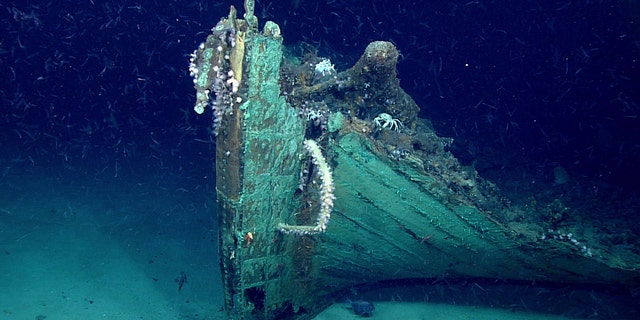 A close-up view of the shipwreck's bow. (Image courtesy of the NOAA Office of Ocean Exploration and Research)

The remains of the hull are more or less intact up to the water line, according to NOAA, which notes that the copper sheathing has protected the ship’s timbers. Some sheathing, however, has deteriorated and fallen off the hull, leaving only the edges of the copper plate where they were attached to the hull. All of the vessel’s structure above the waterline, however, is missing and there are few traces of the ship’s standing rigging.

Experts are now weighing the possibility that the ship was ablaze when it sank. “A number of timbers appeared charred and some of the fasteners were bent, which may be an indication of burning,” NOAA stated. “While the evidence is still being assessed, it is possible that this sailing vessel caught fire and was nearly completely consumed before sinking. This may explain the lack of artifacts from the rigging, decks, and upper works, as well as the lack of personal possessions.”

The numbers “2109” are also visible on the ship’s rudder. 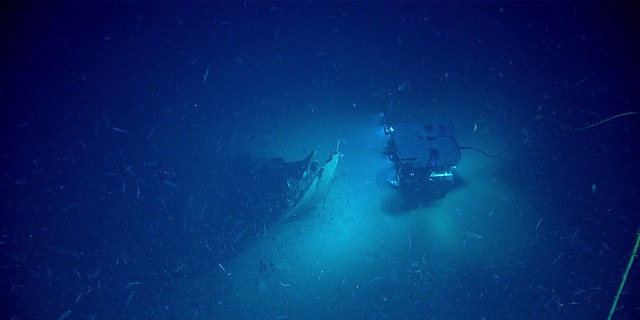 NOAA is no stranger to wreck discoveries. In 2014, federal scientists released the first images of the newly discovered wreckage of a steamship that sank in San Francisco Bay in 1888, killing 16 people.

The following year, experts from NOAA and the University of Hawaii released remarkable images of a U.S. Navy seaplane sunk during the opening minutes of the attack on Pearl Harbor on Dec. 7, 1941. 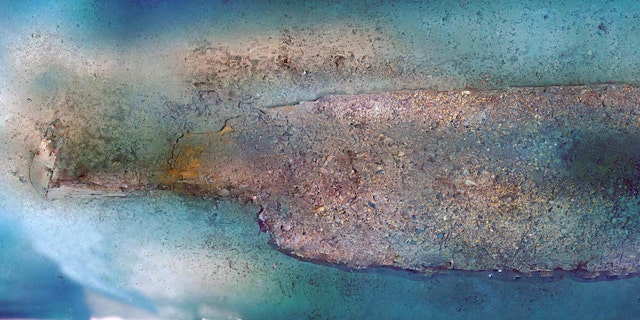 Other shipwrecks have been discovered by accident. Earlier this year, for example, a search for shipping containers that fell off a merchant ship during a storm led to the discovery of a historic 16th-century shipwreck off the Dutch coast.

Finally We Know The Truth! Ancient Bible Reveals Information That Could Change Everything!