For many centuries extraterrestrial intelligence has attracted the attention of researchers. Are the Earthlings ready for a meeting with aliens? Why do the military aim to contact extraterrestrials? The Russian ufologist Nikolai Subbotin tried to answer these questions.

In an interview with Sputnik Poland , the prominent Russian ufologist Nikolai Subbotin revealed that humanity has observed anomalous objects from the earliest times. The earliest reports on UFOs date back to the reign of Pharaoh Ramses II (1279 to 1213 BC).

"The rulers wanted to understand who controls them, how to communicate with them [extraterrestrials] and if it is possible to obtain from them new knowledge to improve the security of their own state," he explained.

According to Subbotin, such programs used to be carried out in the field of military research, because any object that enters a country's airspace is first considered as violating that airspace.

"The purpose of national security systems - air defense, Air Force - is to determine what the object is, whether it is a conventional enemy spy plane or not. If this can not be confirmed, it is clear that the object has no origin in our world, certain questions arise: what to do with them and what goals pursues this military vehicle, "explained the ufologist.

The military itself may even try to provoke contacts with extraterrestrials. According to Subbotin, the Americans were the first to approve this technology, which was then successfully developed in the Soviet Union.

The ufologist explains that large closed military zones were created, where powerful projectors of the antiaircraft defense systems were installed that were pointed to the sky, and periodically foreign objects, biting the bait, arrived there and were registered.

Subbotin reveals that in the twentieth century the two superpowers, the US and the USSR, achieved significant successes in the study of abnormal objects. Since the 1930s both countries had developed defense technologies, and UFO surveillance was an obvious concern for them. The ufologist is sure that these studies continue to be carried out today.

"These searches continue to be controlled by the State ... After more than 70 years, the special military services have understood that the phenomenon of vehicles of unknown origin really exists, but it is still unclear how one can work and communicate with them. that it is possible that the communication process is underway, "he says.

The ufologist recalled that ten years ago, when he was a consultant to a military project, he learned that the military really made contact with aliens. But the aliens, though they let themselves be seen and from time to time try to intervene in the affairs of humanity, have yet to show their commitment to contact humans.

For Subbotin, extraterrestrial creatures play the role of vigilantes and scientists. They study our civilization, try to smoothly prevent some conflicts and wars, as well as direct the development of society for peaceful purposes. 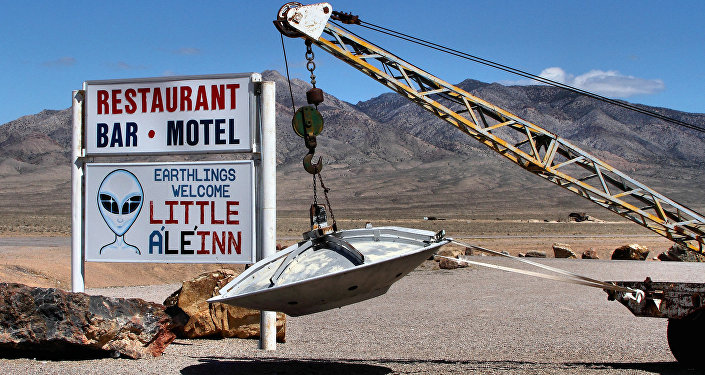 But what will the first encounter between aliens and humans be like? The expert stresses that this is difficult to predict, but according to research from the University of California, in case there is a real possibility of encountering the aliens, humans would be scared and would not want to contact the aliens, the ufologist reveals.

"If the cosmonauts saw something, they do not want to spoil the scientists' reputation," explained the ufologist, adding that he himself, in the scope of his work on cosmonauts. investigation, he saw the fresh corpse of an alien, but revealed no details.