Trees Have Feelings, Can Communicate and Have Families (Videos)

“They can form bonds like an old couple, where one looks after the other. Trees have feelings”

“Trees like to stand close together and cuddle. They love company. They can feel pain, [and] have emotions, such as fear”

Not only that, but trees are also believed to have something similar to what we would call a heartbeat.

Study Finds Trees Have Feelings, Make Friends And Look After Each Other Like An Old Couple

Trees are scientifically proven to be WAY more intelligent than we ever imagined!

“They can feel pain, [and] have emotions, such as fear. Trees like to stand close together and cuddle. They love company and like to take things slow.”  These are just some of tree-whisperer Peter Wohlleben’s findings. Peter is a German researcher who not only enjoy being surrounded by trees, he has devoted his life to studying them.

“There is in fact friendship among trees,”  he says. “They can form bonds like an old couple, where one looks after the other. Trees have feelings.”

Intelligent Trees is a new documentary is by German forester, author, and tree expert, Peter Wohlleben, along with Suzanne Simard, who is an ecologist from the University of British Columbia. Watch the trailer below to get a glimpse into it.

“They can form bonds like an old couple, where one looks after the other. Trees have feelings” 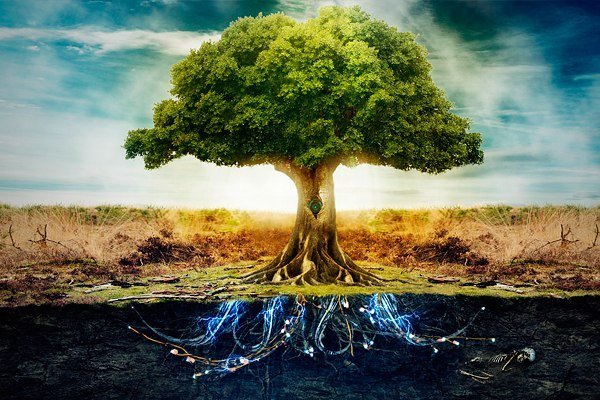 “Trees like to stand close together and cuddle. They love company. They can feel pain, [and] have emotions, such as fear”

Not only that, but trees are also believed to have something similar to what we would call a heartbeat.

Dr András Zlinszky at Aarhus University, Denmark, used a laser scanning technique to measure the exact location of branches and leaves of 22 tree and shrub species. Last year he published observations of substantial unexpected movement cycles.  Science has found some trees raise and lower their branches several times in the course of the night, indicating a cycle of water and sugar transportation, like their own version of a heartbeat.

“We detected a previously unknown periodic movement of up to 1 centimeter (0.4 inches) in cycles of two to six hours,” Zlinszky said in a statement. “The movement has to be connected to variations in water pressure within the plants, and this effectively means that the tree is pumping. Water transport is not just a steady-state flow, as we previously assumed.”

During the night some trees lower their branches by up to 10 centimeters (4 inches) before raising them again with the Sun. The process is so slow and subtle until recently we thought only certain families do it, but we are now learning it is more widespread.

Most distinctively, a magnolia (Magnolia gradiflora) goes through three full cycles of adjusting its branches, indicating changing water pressure and therefore pumping during the course of a night.

How trees talk to each other | Suzanne Simard

"A forest is much more than what you see," says ecologist Suzanne Simard. Her 30 years of research in Canadian forests have led to an astounding discovery — trees talk, often and over vast distances. Learn more about the harmonious yet complicated social lives of trees and prepare to see the natural world with new eyes.

Dr. Suzanne Simard, Professor of Forest Ecology, University of British Columbia, featured in the documentary “Intelligent Trees.” Simard introduced the concept of a “mother tree,” the hub of a network of trees that communicate with each other through mycorrhizal relationships--connections facilitated by microscopic fungi in the soil. Simard will discuss her own scientific journey to understand how trees use these relationships to communicate about food sources, and about pests and other dangers.

Forester Peter Wohlleben says trees can communicate with one another. He joins The Agenda to talk about his book, "The Hidden Life of Trees", and the science behind how trees warn each other of danger, live near their family members and even develop best friends.